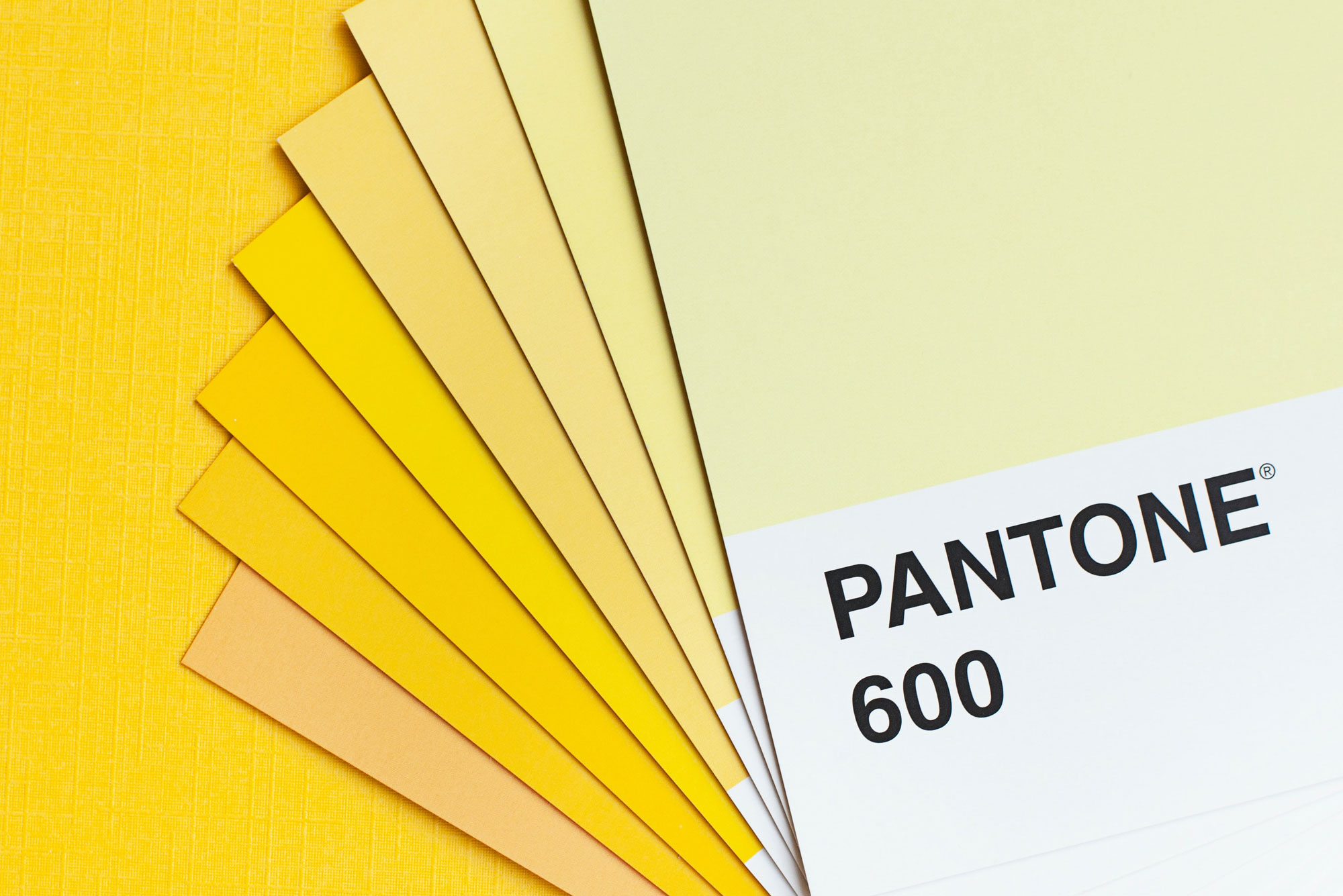 The Sundae Agency has put together a list of words that are used to describe the visual elements of your brand. Useful to know if you’re new to branding, going through a re-brand or producing your brand kit.

Alignment is the way that different elements (like the text or images) are arranged on the page. It is also known as range or justification. You’ll hear us talking about alignment if we’re designing menus, letterheads and social media tiles for clients.

The body copy is the main text part of any printed material. A professional copywriter (like us!) will write the body copy in relation to any logos, headlines or graphics.

Clear space is defined as the amount of space that is present on either side of the logo. You don’t want your design to be over-cluttered, clear space allows you to create a visually appealing logo/design.

CMYK stands for cyan, magenta, yellow and key (black). They are the four most commonly used colours used for printing.

Colours are pretty self-explanatory, but they can be used to convey mood, emotions, messages and products.

When two elements of a page are completely different, this is called a contrast. It can be extremely useful when you want users’ attention to be on a focal point.

Cool colours are those that are more subdued than warm colours. They can be gentle, and relaxing. e.g. blue, purple and green.

To make a flat design the elements must be two-dimensional and simple. Flat design can create speedier pages for the user, and easy adaptability for the creator.

We’ll often talk about providing flat designs when we want to get sign-off on an idea before we create it for digital. For example, when setting up a website landing page or a MailChimp template.

Fonts that have a similar design to one another are considered to be a part of the same font family. However, when you’re looking at the fonts within the family, this is when different styles of the same typeface pop up. e.g. light, normal and bold.

Gradients are the gradual transitions of colours and shades to another. They can add depth and multi-layered dimensions to a design.

Graphics refer to the visual representation of an idea or object.

The structure that allows designers to arrange and divide their elements. Grids are used to organise content in an easy to navigate way.

Graphic designers and developers can use a six-digit hex code to represent a colour.

Hierarchy refers to the organisation of your typography, which clearly states the order of importance of your content and gives the reader an easier time when searching the copy. A way to utilise hierarchy is through headings and subheadings.

Hue is another term for colours and shades that are different from the primary colours. If you look at a rainbow, it’ll show the melting of one hue into another.

Icons are the images that symbolise an idea or action. Think of them as emojis, as users will see these icons and react accordingly.

An interpretation or design of a piece of text. Illustrations are used in posters, books, animations and films, among other places.

The layout refers to the way that all the elements on the page are arranged and aligned. It can bring forth certain elements to shine through, while not overshadowing others. An effective layout will allow users to easily read through and understand the process of the copy and designs.

The logo of a company is the graphic mark, symbol or stylised name that is used to identify said establishment or brand.

In comparison to the logotype, the logomark relates to a logo that has no text in it, but only an image or illustration that signifies which company or product it is for. The big brands with this style of logo are Apple, Twitter, McDonalds and Nike.

A logotype is a unique text-only logo of the company or product. The Sundae Agency logo is an example of a wordmark style logo.

Lorem Ipsum is known as the ‘dummy text’ in the graphic design industry. More specifically, it is used as a placeholder for anywhere that is meant to have content. It’s actually slightly jumbled Latin, but it shows what the final product will look like when filled with copy.

When creating a logo, you should take note of the minimum size requirement. It can contribute to the legibility of the logo.

Mono means that the design is only printed using one or two colours.

Opacity relates to how transparent an object or image is. If you’re creating a design and the opacity layer you’re using is at 0%, the layer would be completely hidden.

A palette is a colour scheme that is chosen through a theme. Through the available colours on a graphic design program, the palette is a subset of each colour.

Pixel is short for picture element, and refers to a single point in the screen. Images are made up of hundreds or thousands of pixels. The higher the pixels, the clearer the image. If you need to decrease the size of an image, you can lower the number of pixels.

Raster graphics are also known as bitmap graphics. They’re made up of tiny pixels and arranged in a grid format, but when you change the size or stretch, it can cause the image to become blurry.

Resolution is related to the quality and clarity of an image. If the image has a higher resolution it will be sharp and crisp, whereas, lower resolution pictures are often pixelated and fuzzy.

RGB stands for red, green and blue. They are used on a digital setting to create any colour on the spectrum.

Opposite to serif, the san serif (san meaning ‘without’) doesn’t have those curves and strokes. You’ll have noticed this with Helvetica or Arial.

Saturation is used to describe the intensity of an image’s colours. Highly saturated images are overly bright, while low saturated images tend to be darker and shadier in colour. Most editing software can increase the saturation of under-exposed images and same for the other way around.

The serif fonts are those that have little strokes and curves at the end of each letter. The font that you may have used with this feature is Times New Roman.

The size of an object when compared to another object is known as the scale. If you have an element that needs to be clearly clarified as a specific size, you would need to think of the proportion in relation to another element of a variably different size (either smaller or larger).

Those historical calligraphy and cursive fonts fall into the category of script.

A spot colour is one solid colour from a single ink.

An element from the logo that can stand on its own. Normally pulled out for a shortened version so that businesses with longer names can be recognised but a simple submark.

Tints are known as the darker and lighter shades of colours. If you wanted to change your base colour to a lighter shade, you would add white, while darker shades require black.

When a set of characters have the same design, this is called a typeface. You have the option to choose from thousands of typefaces, however the most commonly used are Calibri, Times and Arial.

Typography refers to the font style and visual appearance of the written word. Making the copy clear, legible and readable is considered the art of typography.

Opposite to raster images, when stretched, vector images won’t lose their quality. That’s because they are made of points, curves and angles.

Warm colours are those that are bold and vivid. They can be intense and bright. e.g. red, yellow and orange.

You would probably know the term negative space, which is just another phrase for white space. It’s an area of the design or page that is left blank. This term is super important to know in brand design. The amount of white space utilised should be added thoughtfully to grab attention.

If you want a copy of these definitions, click the button below to download The Sundae Agency’s PDF version of this glossary.

Our brains are full of lots of useful information that will help your business and brand grow. If you want to hear more from us, add your details below.

Our brains are full of lots of useful information that will help your business and brand grow. If you want to hear more from us, add your details below.